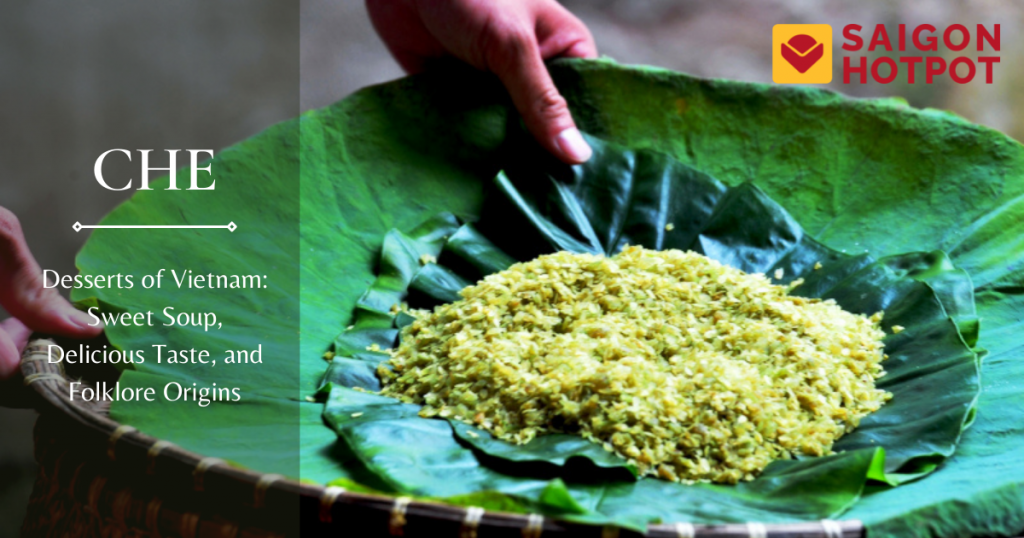 Hot, steaming vapor. The sounds of people gossipping. Sweet taste on the tip of my tongue. It was one of my first memories that I have with a dessert that was a household staple in many Vietnamese families: Che.

If the French are famous for their decadent and savory taste, or the Japanese who are widely known for the intricately cute and creative designs of sweets, Vietnamese people are more undemanding with the decorations. Che is a simple dish, consisting of a watery texture with inputs such as fruits, red or green beans, or various shapes of rice balls. In each region of Vietnam, there exists different kinds of che due to the variety in tastes and preferences.

In the South, where the people are mostly farmers and workers, they tend to enjoy che that is made from any ingredients readily available at hand. One of the most common ones is che ba ba:

A unique name for a rather plainly looking dish. Never underestimate it though, because the taste of this che is simply remarkable. Made from sweet potato, green bean, cassava, fried seaweed, and coconut water, this dish is an exemplary representation of life in the South – a rustic life in the Mekong River Delta, surrounded by nature. Because of this, the people in the South enjoy a natural, sometimes sweet taste.

Regarding the name of this che, there are many folk stories of how it came to be. Some said that it was named after the woman who was famous for her talents in making che in Binh Tay market. Others believed that the name was a praise for the beautiful young ladies of the South with their elegance and grace in “ba ba” – a type of clothes commonly worn by the people in the old days. 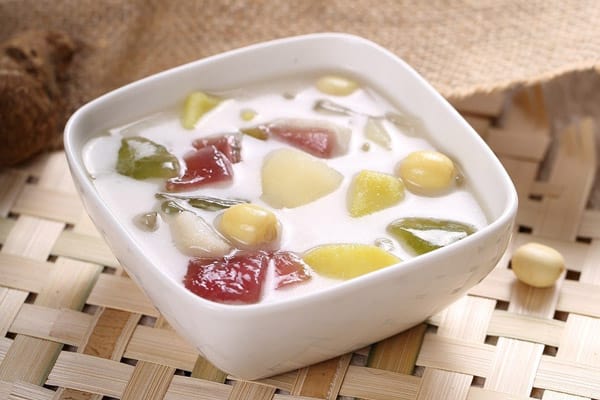 Rice balls made from sweet potato give che ba ba a distinct taste while still preserving its simplicity (Credit: Giadinh.tv) 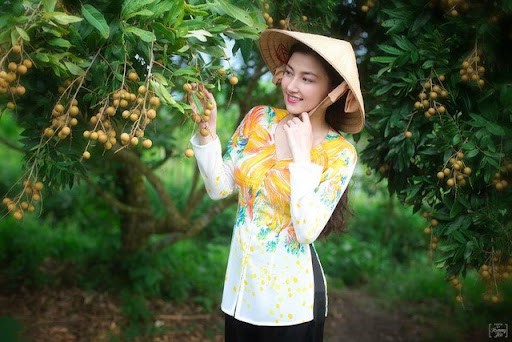 Reserved only for the kings in the old days, this dish’s name begins with the word “Long,” which means dragon. In the age of kings, the dragon is a symbol of the king, signifying their might and power. The best place to enjoy sweet lotus seed gruel is in Hung Yen – where longan flourishes, giving a mouthwatering taste and a delicious smell that cannot be found anywhere else.

It was said that Hung Yen was a beautiful land and in front of the gate of Hien Pagoda in Hung Yen, there was a longan tree that gave the most bizarre and relishes flavor. One day, when a government officer happened to pass by, he ate the fruit out of curiosity and immediately fell in love with the taste – the sweet scent seemed to invade every bone in his body, leaving him refreshed without any inkling of tiredness. Believing that this was a rare gift from nature, the officer went to show this dish as a gift to the king of the time.

Often cooked with lotus seed, this dish when finished, the longan would look like the eye of the dragon. Lotus is also considered the national flower of Vietnam, with its beauty symbolizes purity in heart and mind. Truly one of a kind, the dish requires a certain amount of care and dedication in the making process. As such, when you sit down and taste it for the first time, you can feel the heart of the maker going in there.

If there is a chance of passing by, this dish is best enjoyed in the land of Hung Yen – where every autumn, the sweet scent pervades the air, leaving you enchanted. 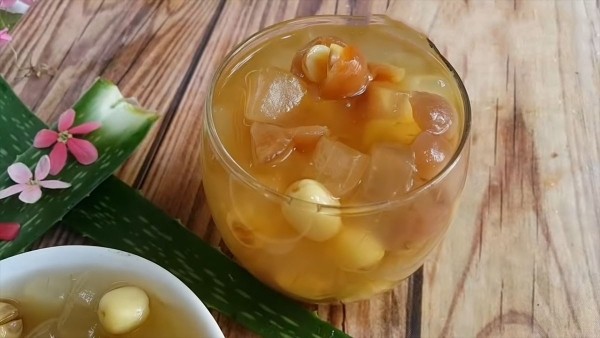 The color golden yellow accentuates the beautiful-looking dish that gives the most exquisite taste (Credit: Dien May Xanh) 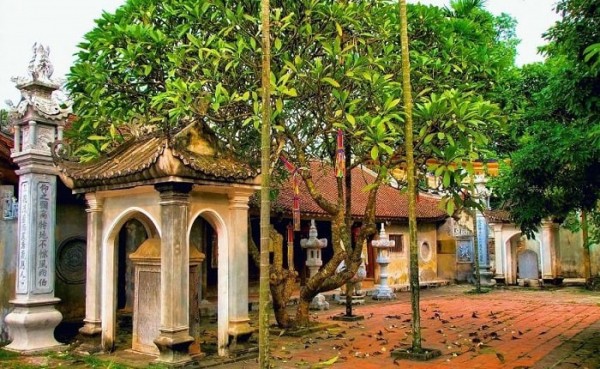 Hien Pagoda – where the longan was discovered and thus, the sweet lotus seed gruel was born (Credit: Lu Hanh Vietnam)

The fresh color of green rice is commonly seen on the streets of Ha Noi – the capital of Vietnam. This dessert is made from flattened rice called “com”, obtained from rice kernels roasted in low heat before being pounded by mortar and pestle. Com is a seasonal dish, most often seen in autumn when the weather becomes chilly. Often enjoyed by people in the Red River Delta, com is a favored dish by many with its sweet, slightly nutty taste. The beautiful shade of green increases the appetite, enticing the onlookers. The green rice, along with arrowroot powder and sugar candy, are three main ingredients used to make che com. The green of com, the opalescent shade of coconut water, and the slightly yellow shade of sprouts, are enough to catch the eye of any tourist. This is a must eat dish for anyone coming for a visit to the capital. Once eaten, you can never forget the taste of che com in your mind. 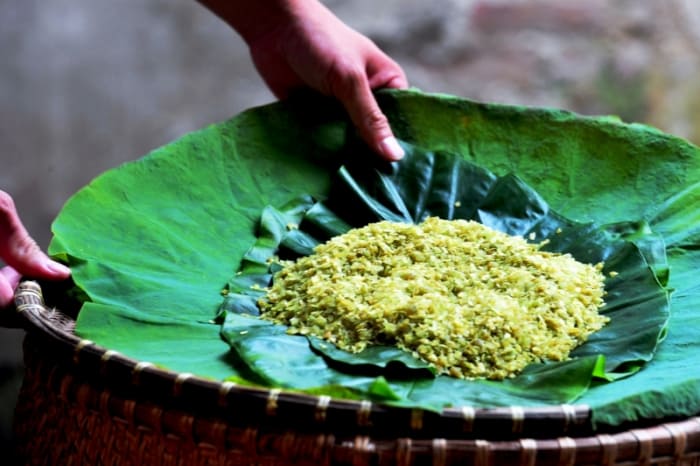 The color green resembles the natural shade of grass but the taste will leave you keep wanting more (Credit: 24h) 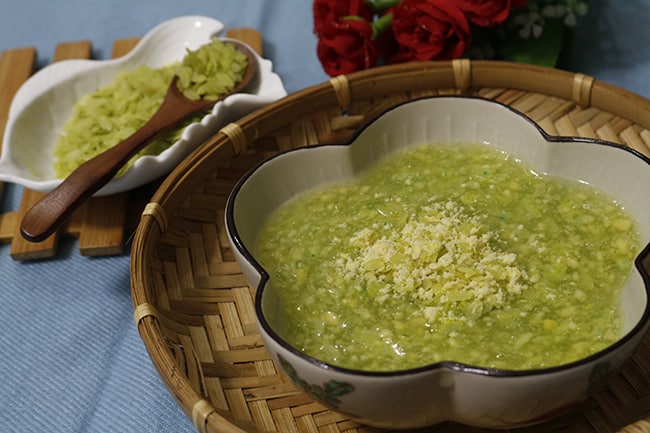 The process of making com. In autumn in Ha Noi, the shade of green persists when com becomes the common sight in every household (Credit: Toplist)

The story goes that, when the land of Vietnam was still vacant and empty of any sign of life, there was a King named Lac Long Quan of Hong Bang Dynasty who married Au Co, a fairy. They later gave birth to an egg with 100 eggs, which were later born into 100 children. These children were said to be the ancestors of Vietnamese. The word “dong bao,” or compatriot, was later used among Vietnamese to show the connections since birth of every individual. The sweet rice ball, or banh troi as they are often called, is the representation of the egg that birthed the original founders of the country.

Pure color of white of banh troi, immersed in the coconut water hinted with a yellow shade of ginger, when eatend, you can feel the stickiness rolling off your tongue, leaving the sweet yet savory taste of green beans.

With its memorable history, this dish is only made and enjoyed on important days, such as the celebration of the two Queens who heroically defended the country against the threat of invasion – Hai Ba Trung. 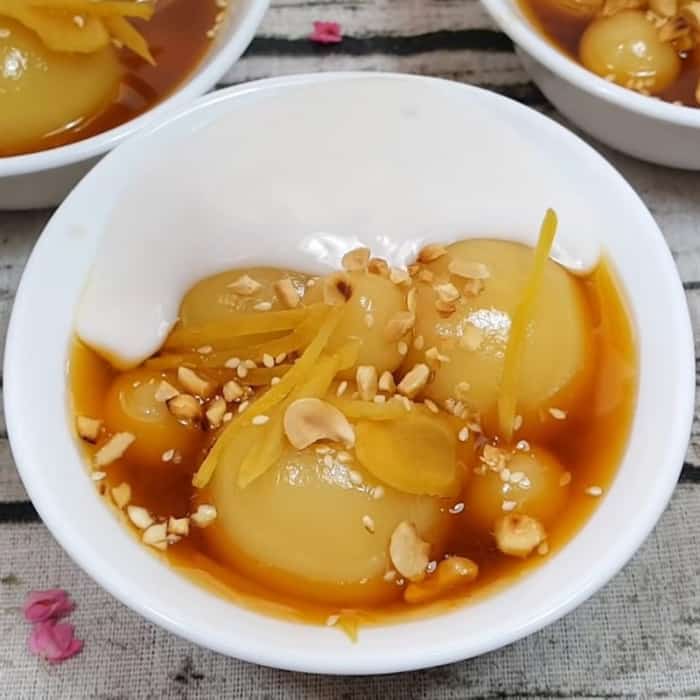 The appealing sweet rice ball soup with an alluring smell guarantees a love at first sight for anyone (Credit: Dien May Xanh) 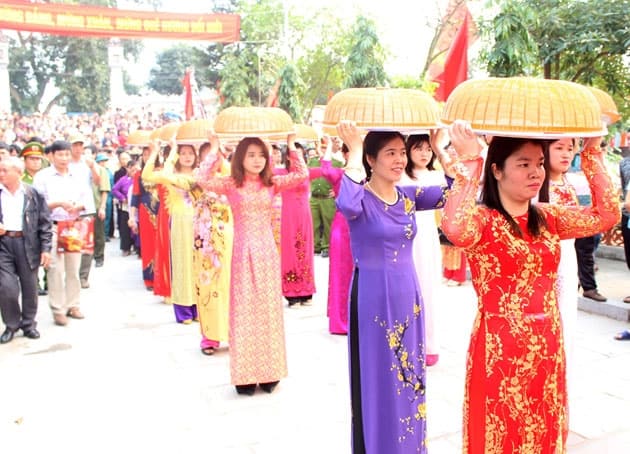 In the trays carried by the ladies are the refined banh troi made to serve to the Queens in remembrance of their contributions (Credit: Nhan Dan)

With that said, che is not only a dessert to Vietnamese. It is also considered a cure for wellness in the beliefs of the people. All the ingredients used in che are beneficial to consume and can bring about positive changes for people, such as relieving stress and aches. Now that you know about different desserts you can enjoy in this beautiful country and their benefits, why don’t you come and give it a try? Passion for food is never lacking in Vietnam and we are extremely welcoming of tourists who come to explore our thousand years of history and taste our enriched cuisine.

If you would like to know more about Saigon Hotpot, do check out our blog for more exciting contents like this coming up! 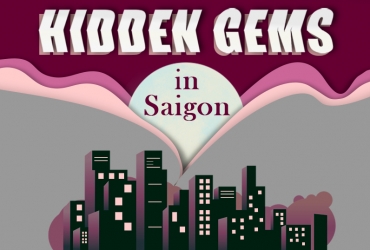 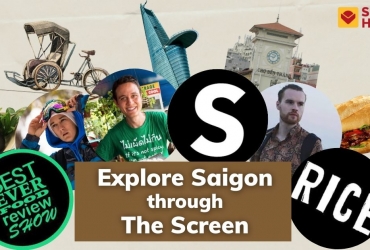 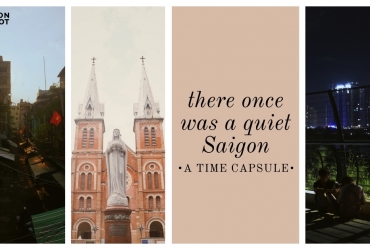 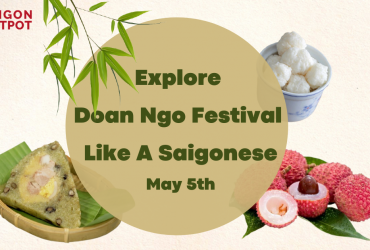 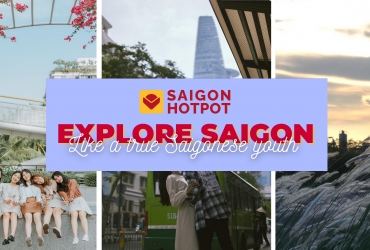